Particularly with its focus on the mining, agribusiness, construction, and forestry industry, heavy industry sector in Indonesia foresees a bright outlook in 2018, as this can be seen from the positive performance and significant growth of major players in recent years.

Heavy equipment distributor PT United Tractors (UT), the largest player in the heavy equipment industry, was able to boost sales by 71% year-on-year (YoY) to 1,488 units during the first half of 2017. 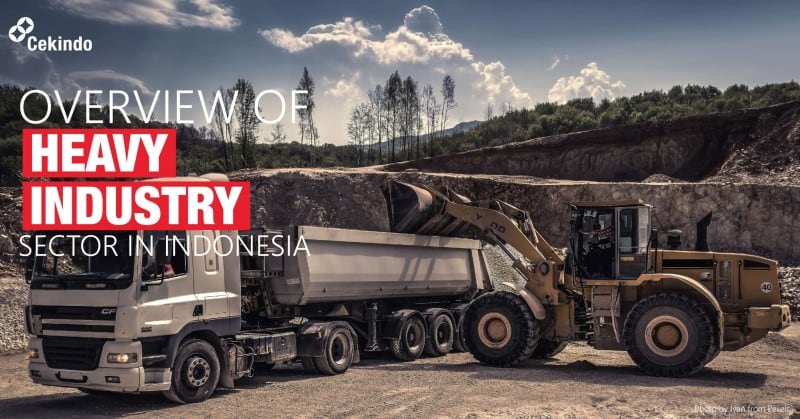 Demand for heavy equipment remains strong as global demand for commodities drives it. It is in line with the strong growth of the industrial sectors that use heavy equipment, i.e. the mining, agribusiness, and forestry sector. According to the Indonesian Association of Heavy Equipment Companies, imported products account for 45% of the heavy equipment market, and local products hold the majority share of 55%.

Mining sector shows the highest growth for heavy equipment. In terms of unit volume and share in 2017, mining machinery sales volume grew to 3,475 units, accounting for 173% YoY. This was due to the strong 37% YoY increase in coal prices to above IDR 1.3 million (USD 90) per ton. The recovery in nickel, tin, iron and gold prices also boosted demand for mining machinery. There was a significant improvement in machinery market share as well—29% in 2016 to 49% in 2017.

For agribusiness sector, the demand for heavy equipment is high in palm oil plantations. Plantation equipment had the second highest volume growth of 91% YoY, mainly due to the improved crude palm oil (CPO) production. CPO is growing in demand in both the domestic and international markets. Malaysia and Indonesia are topping the list as the world’s largest palm oil producers. Together, their productions account for 85.7% of the global output. The rapid increase in demand for CPO has encouraged companies to expand and open new plantations—thus increasing the need for heavy equipment and machinery.

Heavy equipment sales to forestry sector also grew by a solid 25% to 993 units, driven by higher pulp price of IDR 12.8 million (USD911) per ton in 2017. The expansion of acacia plantations has also driven an increase in sales of forestry equipment

One of the highest priorities of development for Indonesia’s government is the construction sector. The government has planned large-scale infrastructure projects in five priority sectors: transportation, gas pipelines, electric power, water supply resources, and telecommunications. These projects are designed to attract foreign investment and boost annual economic growth.

A number of the world’s top heavy equipment manufacturers have built factories in Indonesia, such as those from Japan, South Korea and China, including Sumitomo, Doosan, and Sany. Some Japanese investors also plan to relocate their manufacturing operations to Indonesia.

Semarang: The Future of Manufacturing Industry in Indonesia

Fill in the form below and we will let you know the process of entering heavy industry sector in Indonesia.