As a maritime country, Indonesia has numerous seas that can be used as offshore wind power plants and hydropower plants construction.

Indonesia is the largest country in ASEAN, accounting for 40% of the region’s energy consumption. The demand for energy across this archipelago country could increase by 80%, and the need for electricity could rise by three folds between 2015 and 2030. With the growing dependence on imported petroleum products and domestic coals, more renewable energy solutions have been initiated in Indonesia. Indonesia’s government plans to hit 23% and 31% renewable energy uses by 2025 and 2050 respectively. 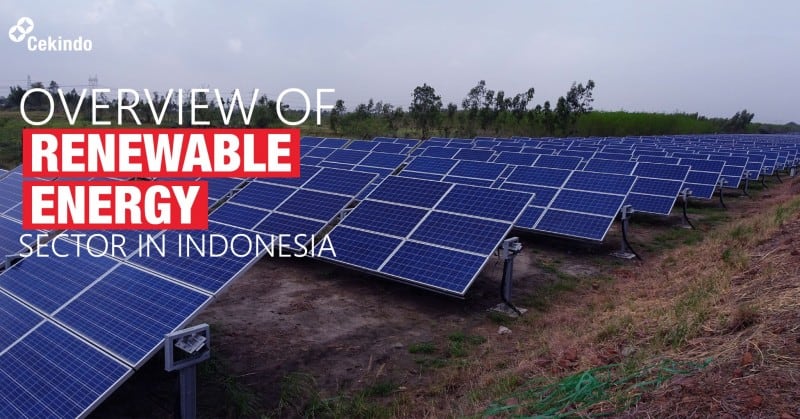 Along with some of the world’s greatest geothermal and hydropower potential, Indonesia also has abundant resources for solar, ocean, wind and bio-energy development, such as biomass/bio-residues – given the fact, there are many agricultural areas in the country. Another added advantage is that Indonesia has an abundant source of sunlight all through the year. This enables Indonesia to develop solar photovoltaic and solar thermal power. In addition to generating power, these mentioned energy sources could support heating, cooling and transport applications.

Contrary to conventional energy sources, renewable energy would avoid air pollution such as carbon-dioxide emissions, and significantly cut costs. This decrease in costs will be able to help Indonesia to save up to IDR 741.5 billion (USD 53 billion) annually by 2030 – amounting to 1.7% of Indonesia’s GDP in 2030. To achieve this cost-saving initiative by 2030, an investment of IDR 223.8 trillion (USD 16 billion) is required to harness the potential of Indonesia’s renewable energy sector.

Every year, about 8.5 million motor vehicles are added to Indonesia’s roads, heightening the already severe air pollution issues for the nation. Industrial energy use is also increasing along with Indonesia’s economic growth. Large industries particularly cement, aluminium, paper and ceramics are the major culprits contributing to the energy increase. Therefore, sustainability of energy is another concern in this fast-growing country.

Due to the high demand of energy, the use of coal is rising to meet domestic demand, even with the slightly stagnant domestic production of natural gas and oil. According to the Reference Case, by 2030, the use of coal would increase more than double. This means more greenhouse gas emissions from coal combustion, as well as aggravating air pollution, water contamination and scarcity of resources.

Investments in Renewable Energy in Indonesia

Fill in the form below and we will get back to you with information on entering the renewable energy sector in Indonesia.