Indonesia’s building and construction sector are in the midst of a sustained boom, with both private and public spending on the rise. 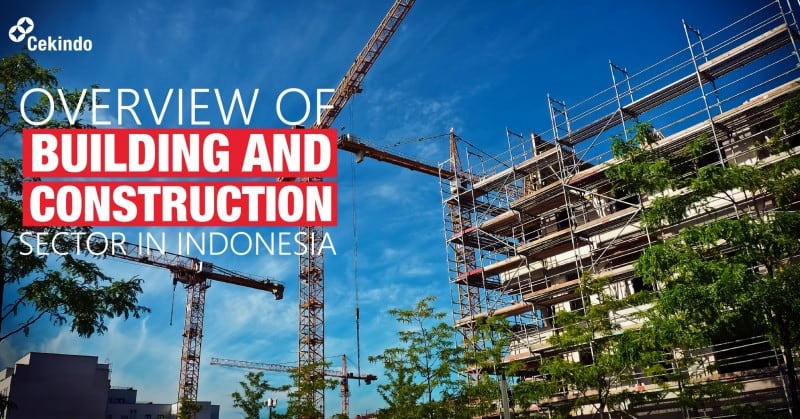 The Growth is Inevitable

In addition to that, the overall construction sector in Indonesia continues to thrive with the growth of 7-8% annually, driven by energy and residential projects and investment in infrastructure in cities across Indonesia, leading to high demand for the construction industry. Focus on the development of transport infrastructure, water resources, and the construction of affordable housing units for human settlement will be key growth drivers of the industry, supported by the Development Program 2015–2019, as Indonesian government’s plan to develop the country’s transport infrastructure.

Building and Construction Projects in Indonesia

According to Indonesian Construction Association (AKI), the private sector is developing up to 65% of all construction projects. Over the next few years will be great opportunities for most market players in this sector as the government of Indonesia targets to start a few large infrastructure projects. Information from Oxford Business Group shows that these projects include 2,600 km of roads, 5,500 km of railways, 49 dams and 24 seaports, 1,000 km of toll roads, and power plants with a total capacity of 35,000 MW.

Cement for Building and Construction

As an effort of the government push to bolster the country’s infrastructure, building materials sales, particularly cement, are expected to peak, and the outlook for the cement industry companies remains highly positive. The total sales of cement in the country have reached 95-97 million tons in 2017, with market growth of 10%.

Semen Indonesia, the largest cement producer in Indonesia which controls 41% of the domestic cement market, increased its yearly cement production capacity to 37 million tons in 2017. The increase of Semen’s production capacity from its previous 32-33 million tons equips the company with a competitive edge to meet the ever-increasing cement demand.

Property Rights for Foreigners in Bali

Accounting and Tax Reporting in Indonesia

Fill in the form below and contact us to get a free quotation for entering the Building and Construction market in Indonesia.