It is crucial to comprehend the fundamentals of a recession before moving on to a more in-depth analysis of the global economic collapse. A recession is typically characterized as at least two consecutive quarters of dropping gross domestic product (GDP) after rapid growth.

The real GDP, income, employment, industrial output, and wholesale-retail sales typically show a significant global economic collapse that is widespread and lasts for more than a few months. Although there have been numerous causes of recession in the past, they are primarily the outcome of economic imbalances that must eventually be rectified.

Recessions are a natural and essential way of getting rid of excesses before the subsequent economic growth, although they can be challenging. Recent years have seen an increase in recessionary worries.

What is Triggering the 2022 Recession?

The Russian-Ukrainian War, record-high inflation, and the Federal Reserve’s intention to swiftly raise interest rates have all raised concerns among investors. Frightened that the economy may not expand as quickly as expected, an economic slump may be predicted by more than simply the bond and stock markets.

Numerous other economic indicators, such as consumer spending and job statistics, may indicate the onset of a recession. More unconventional indicators of the state of the economy have also become popular among market observers.

Various economic variables can cause a recession, and its primary causes frequently shift. Therefore, to more accurately determine where excesses and imbalances may be developing.

It is essential to consider many different components of the economy. Remember that any indicator should be regarded more as a mile marker than a sign indicating the distance to the destination.

The yield curve, unemployment rate, consumer confidence, and home prices are four economic indicators that might signal a recession. Aggregated metrics, such as The Conference Board Leading Economic Index, have been consistently accurate. 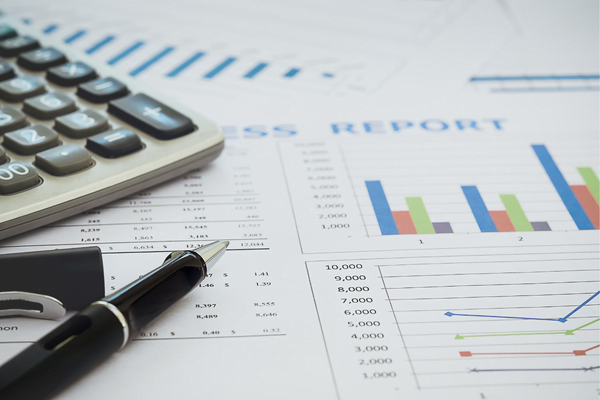 Signs the Global Economy Could be Collapsing

The Russian war in Ukraine has upset the world energy markets and driven up the cost of other goods. Frequent supply shocks are predicted to happen increasingly frequently by experts.

Extreme weather events become more frequent due to climate change, and more prolonged and severe disasters might shut down more farms and enterprises. These disruptions will impact homes, companies, and employees throughout the global economic collapse.

At the monthly Board of Governors’ Meeting, the Bank of Indonesia (BI) slightly decreased its forecast for world economic growth in 2022.

According to Perry Warjiyo, the Governor of the Bank of Indonesia, economic growth would continue to drop. It would worsen in 2023, especially in the United States, Europe, and China, and this would be further exacerbated by the possibility of a recession in certain developed nations.

Additionally, he noted that core inflation was rising and that developed and developing market countries, commonly known as emerging markets, have adopted aggressive monetary policies in response to growing inflation.

President Joko Widodo highlighted that inclusivity is Indonesia’s leadership’s top objective as it holds the G20 Presidency for the first time and ensures it doesn’t leave anyone behind.

His goal is for the G20 presidency to assist not just the G20 members but also the vulnerable populations, small island developing states, and emerging nations. Due to this, Indonesia pays special attention to emerging countries in Asia, Africa, and South America, especially the tiny island states in the Pacific and Caribbean.

The initiative exemplifies the inclusivity ethos and gives the G20 a more diverse representation. The Indonesian Presidency’s logo effectively conveys the notion of coming together to recover.

The emblem for Indonesia’s G20 presidency, which has a gunungan silhouette (a shadow puppet resembling a mountain) on a red and white backdrop, clearly conveys the country’s identity. The gunungan represents life, particularly the beginning of a new phase.

It demonstrates hope and excitement about overcoming the epidemic and starting a new era of sustainable and inclusive growth. There is also a kawung batik pattern, representing the philosophy of helping others.

This momentum is excellent for businesses to benefit from. InCorp Indonesia (formerly Cekindo) provides company registration services, HR assistance, and recruitment services for companies that require it.

Investing in Lombok: A Complete Guide for Registering a Company as Foreigners

Various Ways Foreigners can Own Property in Bali