Skip to content
Table of Content
Indonesian industrial parks are considered one of the most effective tools to generate employment, boost the economy, and increase market competitiveness.

This industrial acceleration is able to provide an institutional framework, modern infrastructure, and services that can’t be seen in the rest of the archipelagos in Indonesia, thus the creation of Indonesia industrial park.

As a result, having your manufacturing plant located in the perfect area plays a significant role in leading your business towards success. The facilitation of investments in these areas along with a number of incentives provided through the reform package, making them even more enticing for investors.

In this article, you will see some of the advantages of finding your factory a permanent home in one of the well-positioned industrial parks.

Indonesian Government Regulation No. 24/2009 defined that an industrial park as an area in which industrial activities are gathered, and supported with complete facilities and infrastructure.

Industrial parks are developed and managed by reputable and sometimes multinational developers. Statistics from the Industrial Estate Department in Indonesia (Himpunan Kawasan Industri Indonesia, HKI) show that in 20 regions across Indonesia, there is a total of 73 industrial parks.

The chairman of HKI, Sanny Iskandar mentioned that the rapid progress of a number of industries in these industrial parks can be observed, including food and beverages, automotive components, and consumer products.

Especially for large automotive companies, at least 100 ha of industrial land are utilized to build just one automotive factory. 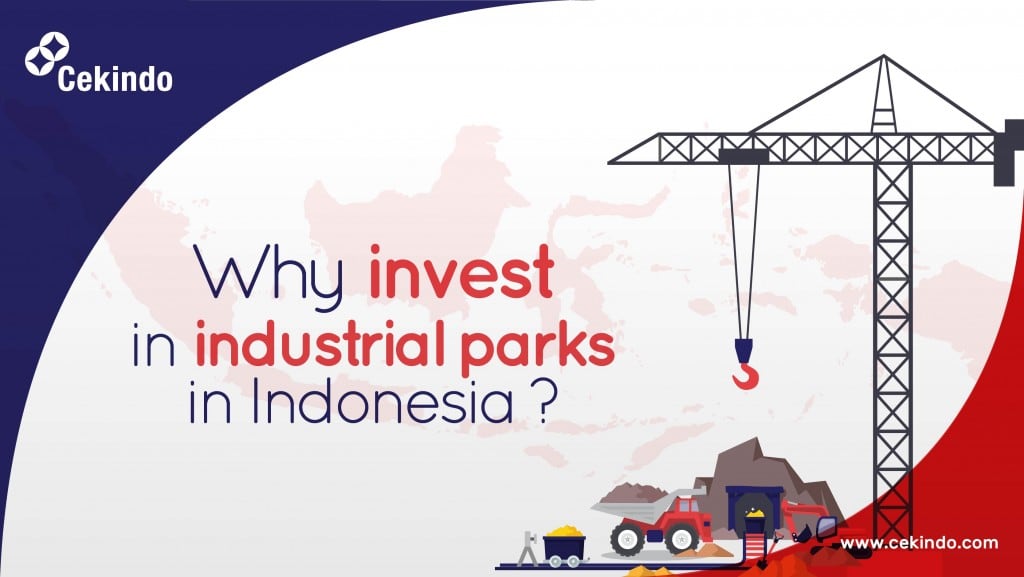 Along with the attractive incentives provided by the Indonesian Government for investors, Industrial parks also offer a cost-effective and efficient way for you to build your plant. Here are some of the main benefits:

Integrated infrastructure and facilities are available in Indonesia industrial park, for factories to access electricity, gas, water, and roads easily specially built for the development of these areas.

Aside from that, an industrial park is at a location that makes transport and distribution of factory goods much more convenient, through major ports and highways surrounding the area.

A lot of the manufacturing licenses approval depends on where you build your factory. Another good thing that comes from building your plant in an industrial park is that there is no need for you to obtain a building permit to do that.

This perk not only saves you a substantial amount of initial investment capital but also speeds up the market entry in Indonesia. Apart from a building permit, most Industrial Parks have already obtained related environmental permits.

This is a huge benefit as compared to building a plant in some specific areas that might prohibit such activity. For instance, residential areas are often the no-development-zone for a property.

Finding land and make it become your own for your manufacturing plant can be the hardest part. The bureaucratic process is tedious and lengthy. Furthermore, you might have to deal with residents around your factory if they claim that operations of your factory have caused any disturbance.

Thus, building your factory in an industrial park that is aligned with all criteria and regulations will help you avoid unnecessary conflict—making your business venture less stressful and more successful.

Government Regulation (PP) No. 142/2015 concerning industrial estates was enacted to grant tax incentives to investors building their plants in industrial parks. The amount of tax incentives is based on the grouping of Industrial Development Zones (WPI).

Kendal Industrial Park in Semarang can be one of the best industrial parks to build your factory and do business in Indonesia—due to its cost-competitiveness, integration, and sustainability.

It was opened in 2016 and has since become a hotspot for investors from all over the world. It is the first major industrial investment between Indonesia and Singapore.

Being the capital of the province of Central Java, Semarang is strategically located near major transport hubs and interconnected with the neighboring countries.

Looking for an industrial park to start your business in Indonesia? Cekindo is here to help. With offices in Jakarta, Semarang, and Bali, we can find the best place for you to invest.

Company Incorporation in Vietnam: Essentials Every Foreign Investor Must Know