Obtaining specific licenses, which previously took up to several days, now only took several hours and could be done through a few simple clicks. This revolutionary change has brought about increased investment due to the increased ease of doing business.

Another logical implication of this is more growth for companies. This growth can usually be done through natural expansion, mergers, or even acquisitions. Companies have primarily practiced the latter two. Giant unicorns like Gojek and Tokopedia have combined their companies and now go under the name GoTo.

An acquisition that is about to happen is between Thailand’s second-largest lender by asset, Kasikorn Bank Public Company (Kbank), and Bank Maspion Indonesia. Kbank has agreed to buy a majority interest in Bank Maspion, thereby entitling Kbank to 67% of Maspion Bank Shares. The deal is still to be approved by the Bank of Thailand and the Financial Service Authority (OJK)

The Purpose of Mergers and Acquisitions

There are various reasons why companies eventually opt to merge with or acquire another business. Amongst others they are:

Capability growth may result from more opportunities for research and development or more reliable production processes (or any range of core competencies a company wants to increase).

Companies may seek to merge in order to create a stronger distribution or marketing network. Instead of starting from scratch, a business can want to grow into new markets where a rival business already has a presence. In this case, the two businesses might combine. Nearly instantly, both businesses gain a larger consumer base thanks to this distribution or marketing network.

Complementing an existing product or service is another justification for company mergers and or acquisitions. It may be possible for two businesses to combine their offerings in order to outperform rivals in the market.

The Difference Between Mergers and Acquisitions 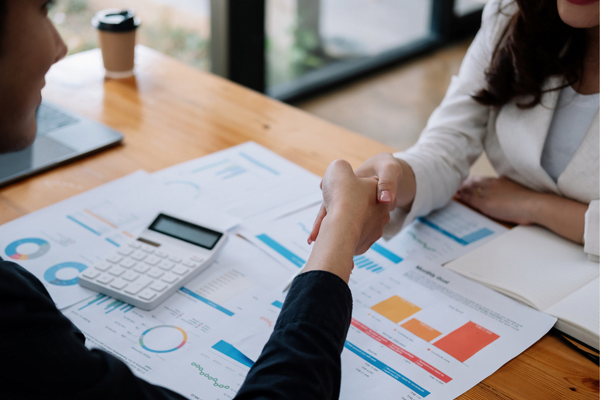 A lot of the time, the phrases “mergers” and “acquisitions” are used interchangeably. Despite the two denoting the joining of two companies, there is a difference in principle as to how the joining is done.

The main distinction between a merger and an acquisition is that a merger combines two companies into a single, completely new entity, whereas an acquisition involves one corporation acquiring another without creating a new organization.

Merging two companies results in a new management structure and runs like a different business. Acquisitions are typically less friendly than mergers. The deal benefits both sides equally, and they both agree to combine forces.

A merger would occur, for instance, if two businesses decided to combine and form a new legal organization. On the other hand, an acquisition would occur if one business purchased another and absorbed it into itself without altering its own identity.

Companies that choose to merge frequently do so in order to broaden their distribution to new areas, save operating expenses, and increase profits. Each parent business may profit from the operational capability and reach of the other, even if doing so requires giving up part of its own authority.

Since there is typically a significant power imbalance, acquisitions are more aggressive than mergers. Due to the rarity of two businesses of about equivalent status agreeing to merge, they are also more prevalent.

Mergers rather than acquisitions are frequently used to avoid a bad connotation. A corporation may decide to make an acquisition when it wants to increase its product line, reduce operating costs, do away with the cost of purchasing from a supplier or get significant assets that would otherwise need a lot of time and effort to execute.

The Risks Behind Mergers and Acquisitions

Although often preferred, there are a number of risks that come with merging with or acquiring another company. A company may, without realizing, absorb or merge with another company that still has unfulfilled obligations, litigation issues or unsolved tax matters that could weigh down the company’s performance and profitability. It is therefore integral to conduct due diligence prior to taking this step.

Mergers and acquisitions frequently fall victim to overpayment. When planning for such large deals, there may be a lot of pressure coming from several directions. You could receive advice from the seller as well as from teams within your own organization and other intermediaries engaged in the arrangement.

As a result, your business can be forced to spend more than necessary to complete the transaction rather than come to a mutually beneficial agreement that keeps expenses low.

Another factor that is often overlooked is the integration issues that may potentially come up due to the difference in operations and culture of the companies. This could be avoided if a detailed integration plan is made prior to the transaction to anticipate potential differences and how would they be overcome.

Considering how technical and risky mergers and acquisitions are, InCorp Indonesia provides M&A services that could help ease the process for companies seeking to do so. Another service extended by InCorp Indonesia pertains to company registration.

How a Graphic Design Business can Thrive in a Coworking Space

Tax Clearance Certificate in Indonesia: All You Need to Know

Acquiring a Prestigious Office Location without the Cost is Possible: Here’s How