A Central Bank Digital Currency (CBDC) is typically defined as a digital liability of a central bank that is made publicly accessible to the general public. A CBDC is created, distributed, and utilized in place of regular currency and will act as a digital currency, representing a country’s exchange.

The implementation of a CDBC must fulfill the three primary functions of money: acting as a store of value, medium of exchange, and unit of account. The implementation of a CDBC has a faster, more effective, and more efficient payment system. The central bank can effectively monitor the digital currency supply by simplifying transaction tracking and cutting banking costs.

Because of the advantages, digital money offers, many countries are interested in developing their own CDBC, which has doubled during the pandemic. Currently, nine countries have fully implemented CDBCs, namely Nigeria, the Bahamas, and seven countries in the Caribbean Islands.

One example of CBDC implementation is the e-CNY (Digital Yuan), issued by the PBOC (Central Bank of China) and operated by authorized operators, adopting a centralized management model and a two-tier operational system. E-CNY is the primary substitute for cash in circulation (M0) and will coexist with physical RMB and prioritize serving domestic retail payment requests.

The Difference Between a CBDC and Crypto Currencies

First and foremost, keep in mind that a CBDC is not a cryptocurrency. As we all know, unlike CBDC, cryptocurrency may be owned and controlled by its users. Unlike a decentralized cryptocurrency, CBDC is entirely governed by a single organization or bank.

CBDC functions as a virtual equivalent of fiat money like the Indonesian Rupiah or the US dollar. Banks will use a centralized system to issue and store CBDC assets. Your personal information and the transaction will be linked to your CBDC assets. However, only the sender, receiver, and the bank will access transactional details. 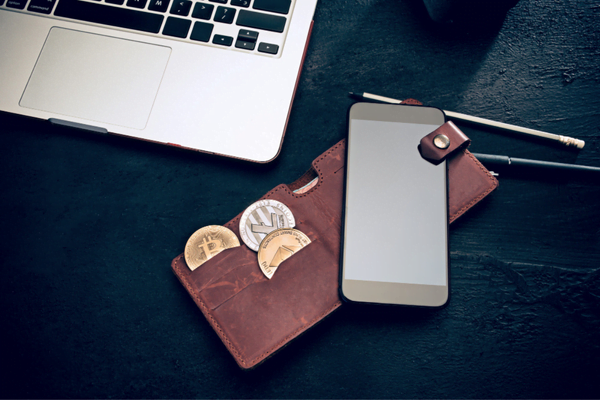 To further explain, CDBC uses a private blockchain in which the identity of a CDBC user is tied to your bank account. It functions as a means of payment, and the Central Bank can regulate the supply and network amount.

In contrast, cryptocurrencies, using a public blockchain, can use anonymous identities, speculative purposes, and payment systems depending on the regulations in each country. The authority that regulates it is the crypto network market.

The Implementation of Digital Currency in Indonesia

Bank Indonesia is currently exploring the potential of creating a digital Rupiah as an alternative to the physical Rupiah. The appropriate type of digital money (CBDC) for Indonesia is cash-like, a token-based general-purpose CBDC with non-interest-bearing attributes.

This means that the proper kind of money is Rupiah digital money that can replace conventional Rupiah (anonymous, publicly accessible). Everyone can use it for flexible and efficient settlement of daily transactions.

Compared to traditional money, the advantage of a digital Rupiah is the reduction of printing and storage costs and the ability to mitigate the emergence of shadow banking. In its very essence, shadow banking is financial activities carried out by non-bank institutions outside the scope of regulation of the banking system, which is common in developing countries.

The development of financial inclusion in Indonesia is also going well. In 2017, around 48.9% of the total population of Indonesia (aged 15 years and over) already had a bank account based on data from the World Bank Global Financial Inclusion 2017.

The Challenge Behind Implementing a Digital Currency

The Governor of Bank Indonesia revealed that the Bank Indonesia has plans to issue digital currency distributed to prominent business actors. The distribution process itself will utilize Distributed Ledger Technology (DLT) blockchain.

Bank Indonesia plans to release a White Paper by the end of 2022, which comprehensively discusses the digital Rupiah’s development after studying other countries’ practices. Bank Indonesia also plans to integrate this structure into the general money market. The aim is for digital currency to be something people can utilize within and beyond Indonesian borders.

However, there remain significant challenges behind the implementation and issuance. The first is regarding the general design and mechanism of the currency. The second concerns business and state actors’ infrastructure and technological readiness to embrace such advancements. Lastly is the choice of technology. After overcoming these identified challenges, Bank Indonesia will proceed with the issuance and distribution of digital currency.

The International Monetary Fund reveals that global countries should take advantage of this momentum. Companies looking to do so may explore the services provided by InCorp Indonesia (formerly Cekindo) regarding accounting services and company registration to streamline business processes and maximize profitability.

During his time at Cekindo, Daris consistently supported the Bookkeeping and Tax Compliance divisions. Now, as Chief Operating Officer, Daris commits to improving the performance of all departments, overseeing team KPIs as well as maintaining clients and partnerships. Daris has more than 10 years of experience in accounting and finance. Previously, he was a Cost Accounting Coordinator at a manufacturing company, as well as Business Analyst & Controller at Cekindo.

Regulations on Company Name in Vietnam

Aceh as Your New Investment Destination in Indonesia: Why and How