Things to Consider Before Starting a business in Indonesia

Before you decide to start your investment in Indonesia, you need to know step by step how to start a company and you need to consider the following things:

Please note that some sectors or industries are prohibited or limited to foreign investment. The list is written in the Negative Investment List. In the list, some sectors limit the foreign ownership prom zero (0) to ninety-five (95) percent. This will lead you to a further question: Whether you should find a local partner(s) or not. However, some businesses are allowed to be fully owned (100%) by foreigners.

Since the government of Indonesia wants to protect its micro, small, and medium enterprises, there is a policy stated that to open a business in Indonesia, the company needs to be registered as a foreign limited liabilities or PMA. To establish a foreign company, it is obligated to meet certain requirements regarding minimum investment and paid-up capital (Read: How to establish PT PMA in Indonesia). 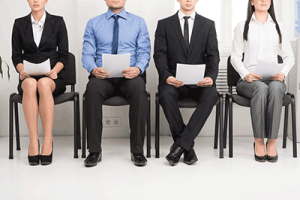 Although Indonesia is listed as the fourth most populated country in the world with over 60% of the total population is in their productive ages (15-60 years old), not all of them are having the sufficient skills to participate in the industrial and commercial world.

It is because the education sector does not spread equally in its large territory. This condition causes companies to face difficulties to find talent pools, especially in areas outside Java Island.

On the other hand, hiring foreign talents also requires complex requirements. This will become a challenge that every PMA needs to solve. Some successful PMA in Indonesia addresses this issue by providing considerable training to fill the gap of talent shortage.

Therefore, you need to be really selective in choosing the human resources based on your needs to avoid more cost by hiring unskilled or unsuitable people.

Indonesia is not only the biggest archipelago nation in the world but also the most complex and fragmented market. Considering that there are many races, languages, religions, customs, and values, you cannot treat Indonesia as a single market entity. Every target group has its own needs that the business needs to address.

You have to highlight that the bureaucracy in Indonesia is so long and complex. And make any foreigners who are new to this environment feel overwhelmed.

Although the government has already started some online systems and One-Stop-Service Center to cut the bureaucracy, there are still some complex processes to go through (Read: Easy Investing in Indonesia).

On the other hand, the policies or laws are often inconsistent and changed (for example regarding the Negative Investment Law and the Bankruptcy Law). This should be put into your awareness that keeping up-to-date with the recent laws and policies is very important.

The development in Indonesia has long been focused in the area of Java Island (6 Provinces: The Capital City of Jakarta, Banten, West Java, Central Java, The Special Region of Jogjakarta, and East Java). All the infrastructure and facilities are highly concentrated on this Island. Therefore, doing business in these 6 provinces in Central Java has been becoming a trend for so long.

However, there are also some other big cities in other islands that are targeted by foreign investors. All you need to consider is to do research to match your business with the places that have the biggest potentials to support your company. 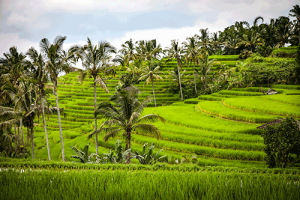 Indonesia has plentiful and diverse kinds of natural resources. If you need natural resources and raw materials to run your business, make sure you know where you can get them easily. Consider that Indonesia consists of islands that spread in the vast territory. The distribution of goods can be extremely costly.

Regardless of the business sectors, many foreign companies expect to run a profitable business in the huge markets of fast-growing economic conditions.

You may wonder what a business entity you should choose to legally operate your business in Indonesia. Further, we will help you understand the Indonesian Company Law.

Which Company Type Is The Most suitable for Your Business?

If you have seen the potentials of this archipelago country and considered taking part in its business sector, you need to know what kind of investment you can perform in Indonesia.

To start a business in Indonesia, first, you can either open a representative office or make a direct foreign investment (PT. PMA).

The representative office (RO) is basically set up for a specific purpose, such as promotion, marketing, buying-selling agents, or market research. As an RO, you will get an operational license for generally 2 years.

In order to invest directly in Indonesia, you need to establish a limited liability company. And it’s owned wholly or partly by a foreigner(s) that is called PT. PMA (or simply PMA). There are so many legal documents to prepare along with some requirements that should be met by the company.

Before you decide whether you want to establish an RO or a PMA, you also need to know about the Negative Investment List. It is because some industries in Indonesia are strictly closed or partially closed for foreign investment.

For the sectors or industries that are partially closed for foreigners, you still can run your business or PMA in Indonesia with the existence or co-partnership with Indonesian citizens.

After you have understood the negative investment list as well as decided the type of investment you want to have. You can start preparing some prerequisite documents to start establishing your company so that you can start running a business in Indonesia.

You have to fully aware that the bureaucracy is rather complex because the company registration process deals with various government institutions. And it comes to deal from the lowest level to the ministry level.

For the very first step, you need to get in touch with the Indonesia Investment Coordinating Board (BKPM). Even though BKPM has already had a One-Stop-Service Center (OSS-C) to improve its services and cut the bureaucracy procedure.

You may be overwhelmed by the small details if you are totally a new person, and also because not really familiar with the local rules and language.

Start a Business in Indonesia with Cekindo’s Assistance

Considering the many legal requirements and documents needed in every phase of company registration, our professional team will aid you with the helps you need to establish a legal business entity in Indonesia.

How to Ensure Accounting and Tax Compliance in Indonesia: The Shortcuts