Even known as one of the fastest emerging countries in the world, accessibility to clean water still requires improvement in Indonesia.

According to UNICEF, only 75 per cent of Indonesians have complete water accessibility and sanitation. The government has put in a lot of efforts to build sufficient infrastructure for water treatment so that the drinking water sector is not left behind. 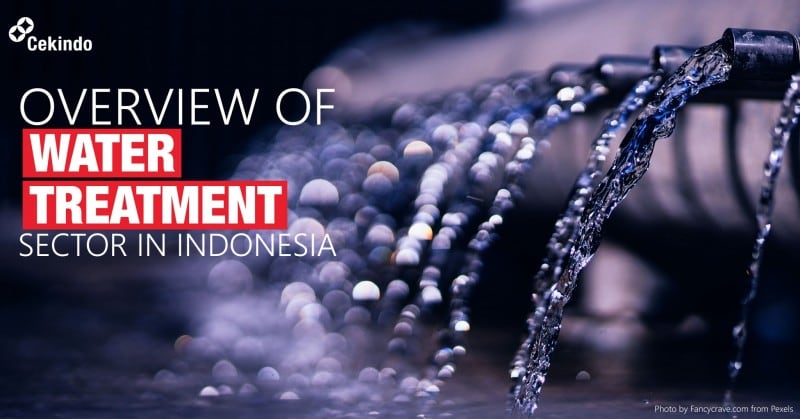 A Scarcity of Clean Water

The fulfilment of the nation’s basic needs, especially water, has fallen on the Indonesian government’s shoulder. The archipelago has been facing an issue to clean water to its 266.7 million people, even though the country’s water resources account for almost 6 per cent of the world’s water, and 21 per cent of the Asia-Pacific region’s total water. This law that focuses biasedly on the interests of the private water treatment companies has been abolished in 2015 in order to rectify the problem.

Only 82 per cent of Indonesia’s population has access to improved drinking water, while around 2 per cent of them still rely on surface water for drinking. The country’s clean tap water is mostly provided by the governmental institution called PAM (Perusahaan Air Minum). On most of the big islands that use pipe water or tap water from PAM, their water is not potable.

In 2016, according to WHO (World Health Organization), even though Indonesia’s GDP has risen dramatically over the years, more than 51 million still lack adequate sanitation facilities and 27 million residents lack safe water.

Sanitation as the Solution for Clean Water

The approval of Millennium Development Goals (MDGs) was to halve the proportion of the population that has no access to basic sanitation facilities in 2015. To develop complete sanitation in Indonesia, investment of about IDR 70,000 (USD 5.00) per capita per year is needed. Under the leadership of President Joko Widodo, IDR 16 trillion (USD 1.163 billion) was allocated in 2018 for sanitation infrastructure in Indonesia. The capital designated was to manage wastewater produced by 853,000 households, as well as to construct clean water facilities and water treatment plants.

With so many people in Indonesia facing the unclean water, water sanitation plants and the capital allocation in Indonesia are still incapable of fulfilling the needs of its 240 million residents across thousands of islands.

Though there is a huge opportunity in this bottled drinking water sector, the commercialization of water has raised a warning of environmental issues. The first is that so many plastic bottles have been used and the second that Aqua-Danone bottles so much water that aquifer levels at the springs have been significantly depleted.

In line with the Indonesian government’s initiative to enhance clean water supply across the archipelago, many companies are eager to participate in the water treatment sector in Indonesia. Projects are especially active in areas such as Sumatra, Kalimantan and Papua.

One prominent investor is Adaro Energy. The company has been actively involved in water treatment and has purchased two water processing plants in Indonesia for IDR 150 million (USD 11.3 million). The plants are located in Gresik and Banjarbaru. Besides, Adaro Energy will join the government’s water treatment national strategic projects in the water treatment sector, aiming to produce 4,000 litres of clean water per second.

Doing Business in Indonesia: Institutions You Should Know

The Rise of Wastewater Audits for Hotels, Villas and Restaurants in Indonesia