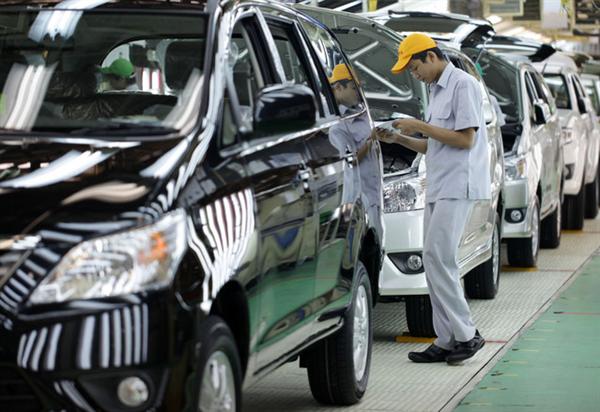 Automotive Sector as a Potential Major Field for Investment in Indonesia

The automotive industry in Indonesia grew rapidly in the first quarter of 2014 after experiencing a significant increase in investment over the past four years.

Investment in the automotive sector in 2013 reached US$3.7 billion — investment levels up 10 times more than in 2010. PT Toyota Motor Manufacturing Indonesia (TMMIN) recently built a Toyota engine plant in Karawang City. This company is one of the automotive companies that is investing Rp. 2.3 billion in early 2014.

Based on data from the Investment Coordinating Board (BKPM), currently 570 investment projects are planned with foreign direct investment (FDI) and with domestic investment 57 (DCI) in the automotive sector. This is a new record for investment in the first quarter of 2014 topping Rp. 100 trillion.

Overview of Automotive Sector in Indonesia

We can see that the automotive sector is growing rapidly and that small cars are considered a segment with great potential growth in upcoming years. From 2009 until 2012, about 1.116 units of cars were sold domestically.  We also saw growth in motorcycle sales in 2010 and 2011.

Now, car buyers must pay 30% of the  purchase price upfront and about 25% for motorcycles due to 2012 minimum down payment regulations from the Ministry of Finance and the Central Bank. These rules aim to prevent the excessive growth of consumer loans.

Despite the slowdown in GDP growth and investment. induring 2013 the Indonesian Automotive Industry Association (Gaikindo) forecast full-year car sales to remain at least steady, while the Indonesian Motorcycle Industry Association (AISI) forecast similarly flat development for motorcycle sales. Solid growth is shown for both categories, demonstrated by cumulative numbers as of August 2013.

Based on information from firm, Frost and Sullivan, estimates are that there are around 80 vehicles per 1.000 people in Indonesia. In the US it is 800.  According to McKinsey & Company, Indonesia is about to surpass Germany in terms of economic growth, ranking  seventh by 2030. Actually, sales of motorcycles are quite a bit harder to predict since the market will more focused on automobiles due to financing rates and payment requirements.

How to get information about this investment opportunity

PMA must have an investment permit (issued by BKPM) with some conditions: