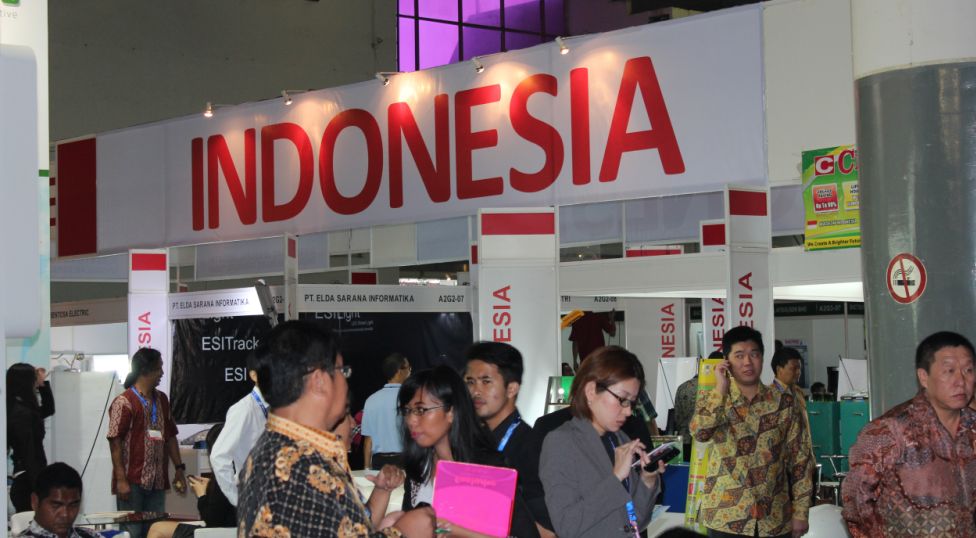 Indonesia is a fast-growing economy (5.8% in 2014) and is one of the fastest growing countries among the G-20 (the industrially driven nations) and currently the 16th largest economy country in the world, the fifth in Asia and by far the biggest in Southeast Asia.

With more than 240 million people, Indonesia is the fourth most populous country in the world.

Indonesia is facing serious problems concerning environmental protection, waste management and water treatment. There is a huge potential in renewable energy, which is still not in use. These “green” industries are not on the topic list yet, but it is inevitable they will be very soon. Indonesia still needs a good solution for waste management. Regarding energy production, the government seeks to reorient the domestic production of coal and gas from exports to meet demand at home. In 2011, around 70 percent of Indonesia’s population had access to electricity, according to the electric utility PLN.

The Czech Embassy in Jakarta took a first step and got a grant to support Czech companies from these industries by presenting them, their products and their services in Indonesia. With cooperation from CEKINDO, several Czech companies came to Jakarta in May 2014 to participate in the InaGreen Tech fair at JIExpo Kemayoran in the Czech Embassy booth. 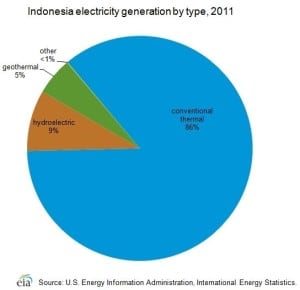 Czech hydro-energy was represented by Hydropol, CKD Blansko and CINK. The Czech Republic (historically Czechoslovakia until 1989) has the advantage that its name is still written in the memories of Indonesian engineers thanks to cooperation decades ago in constructing the first hydroenergy dams and plants in Indonesia. Currently, 9% of electric energy production in Indonesia  coming from hydroelectricity.
Czech companies want to re-establish these connections. They are supporting local communities and cities in the construction of small and mid-size water plants. Production and distribution of electricity is still and will be an issue in Indonesia, so every local source of energy is highly welcomed and supported. 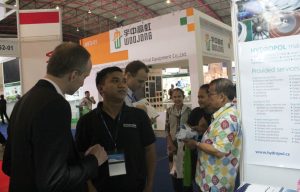 Waste management and biomass processing was represented by company AGRO-EKO. The Company has 18 years of expertise in biowaste. At the beginning of the year, they were provided with analyses of waste management in Indonesia which they found very interesting and decided to visit Indonesia for the first time. They arrived a few days in advance for a fact-finding trip to see sites like landfills and to meet with the managers of these facilities. With CEKINDO consultants they visited the biggest landfill and waste management facility in the greater Jakarta area. They got to know about waste collection, logistics and processing – essential information for their business proposition.

During the fair, CEKINDO managed several business meetings for its clients across industries to find facts, get to know waste management in Indonesia, and meet key SMEs and potential partners and investors.

What is an AGRO-EKO key product? 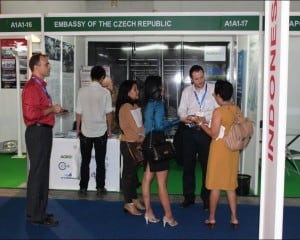 AGRO-EKO has an aerobic fermenter technology called EWA. It is a unique patented technology for processing biologically composable waste, SP-sludge and other biological waste due to controlled aerobic thermophilic fermentation. Within a 48-hour cycle, this composter can  process 2,000 tons of biowaste and produce approximately 1650 tons of fermentate (simulated for humidity 40%). Thanks to its standard size of an ISO 40track container, it is easy to move and get to the area of need. The practical use of EWA technology has been tested since 2009, when first container was put into production. Going forward, EWA, connected with other technology, can produce electricity as a byproduct from the biomass. This small biowaste plant is called GEWA.

For the last day of the fair, AGRO-EKO attracted public and SME audiences to its workshop. Visitors from Indonesia and beyond who were interested in waste management problems asked many questions concerning this technology and its application in Indonesia.

AGRO-EKO presented some ideas for Indonesia where EWE can be useful:

Their visit was a success and as proof of this, AGRO-EKO returned just 3 weeks to continue with business meetings and follow up their first visit.

This fair proved that the Indonesian market is hungry for clever and sophisticated solutions as well as companies that have engineering backgrounds and a long history. Attendees and visitors acknowledged the technical background of the Czech companies and their technology. The Czech Embassy — namely Mr. Jan Janda, Deputy Head of Mission, Economic Affairs — received very positive feedback from the hosted companies and from visitors. It is a good sign that this kind of support to Czech companies is bringing results. We wish Czech companies lots of success in Indonesia!

The Opening of Co-Working Space, Virtual Office and Private Offices in Semarang

Investing in Indonesia: Some Changes Should be Known