Having a sufficient amount of capital is one of the requirements if you want to establish a PMA (a foreign company). You must have the minimum authorized capital as stated in Company Law No. 40 Year 2007.

The minimum of a foreign company’s authorized capital was IDR 10 billion, which is also the amount of paid-up capital. This condition often hindered new foreign companies or start-up businesses to invest in Indonesia. Therefore, the government tried to formulate a new regulation to attract more investors in Indonesia. 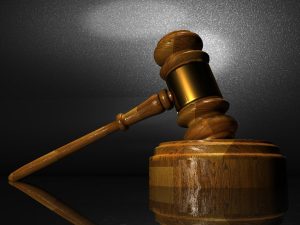 Based on recent BKPM regulation, the authorized capital for foreign companies should exceed IDR 10 billion. And the paid-up capital is now a minimum of IDR 10 billion. The new government regulation regulates that the paid-up capital must have legal proof and the legal proof must be submitted to the Minister of Law and Human Rights to be authorized. This step is to make sure about the quality and the ability of the company to run its operations in this country based on the prevailing laws and regulations in Indonesia.

The deadline to submit the capital submission proof is 60 (sixty) days after the signing of the company’s deed of establishment. The completion can do via online.

The Classification of Micro, Small, Medium and Large Enterprises

According to the latest changes laid out in recently enacted Job Creation Law, the classification of Local PT in Indonesia based on paid-up capital as follows:

Some business activities require a minimum amount of authorized capital. These are regulated in the current laws and government regulation (e.g. businesses stated in the negative investment list).

Due to the changing nature of laws and regulations in Indonesia, we understand that this new regulation may trigger you to have some questions. We are willing to help you and answer all of your questions briefly and correctly so that you can run your business legally in Indonesia.

Post your comment in the form below or simply send your inquiries to sales@cekindo.com for a fast response.

Your Guide to Compliance Deadlines in Vietnam for 2020

How can Foreigners Buy Apartments in Jakarta?