A benchmark interest rate, also known as the base interest rate, is the minimum interest rate that investors will demand. A third party determines this rate and typically reflects the cost of borrowing money in various markets. They play a crucial role in the banking and financial system and also the economy as a whole.

The benchmark interest rate is often updated and serves as a practical foundation for financial agreements, including mortgages, bank overdrafts, and other more intricate financial transactions.

The Benchmark Interest Rate in Indonesia

The national central bank, Bank Indonesia, sets the benchmark interest rate in Indonesia. They are responsible for maintaining the economic and financial climate within the country. As the central bank, BI periodically updates the interest rate (known as the BI Rate) with the Board of Governors (Dewan Gubernur) by gauging the local and global economy.

After being made public, the value of the BI Rate will be used as a benchmark for interest rates on loans or credit and hence has a significant impact on interest rates for banks and leasing or financing firms. 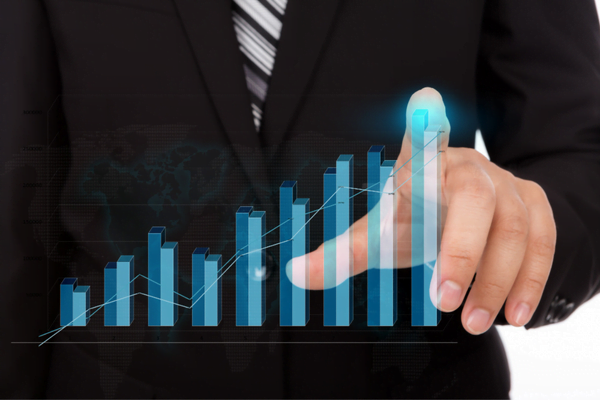 The Mechanism for Setting the Benchmark Interest Rate

The quantity of demand for goods, the state of the economy, and many other factors are examples of metrics that are considered and impact the BI Rate.

The inflation rate affects the determination of the BI Rate in addition to considering both domestic and international economic factors. As a result, the BI Rate will rise with rising inflation rates and decrease when inflation is reduced.

Continuous price hikes will often result in less consumer demand and reduced spending. Debt consumers will be required to pay lenders more interest when interest rates rise. The more money they have to pay to keep their ongoing debts, the less money they will have available to spend on goods and services, which generally harms their spending patterns.

Since consumers typically cut back on luxury purchases when they have less disposable income, businesses that deal in luxury goods or services may be more negatively impacted by an increase in loan rates than those that sell necessities. To manage the inflation rate, the BI Rate must be scaled back.

Another instance that requires an adjustment of the benchmark interest rate is when the public’s interest in banking services declines. This will, in turn, lead to bank loan rates to follow suit and generate interest from the general people to use financial services and apply for loans.

You should be aware, nevertheless, that despite the decrease in BI Rate, banks are still unable to withdraw funds from Bank Indonesia for use in general circulation. All financial institutions are required to wait at least a year before they can withdraw their deposit.

This is to anticipate sudden increases, often over a few days or weeks, in the amount of money moving around the market. The same is true for inflation. A decline cannot directly match the reduction in the BI Rate in the inflation rate. Some banks still prefer to hold their money at Bank Indonesia.

No matter the size or efficiency of a business, its ability to be solid and profitable depends on the state of the economy. Interest rates, for example, are an economic factor that can either advance or impede your business. Once you are aware of the environment in which your company operates, you can adapt to changes in interest rates to both mitigate their consequences and benefit from them.

Banks raise the price of corporate loans when interest rates rise. This implies that you’ll have to set aside a significant portion of your income to cover loan interest, which lowers profitability. When financing rates are high, you can decide against starting new initiatives or expanding your business, which would hinder its development.

It is much more advantageous for you to take out new loans to invest in the growth of your business because of low-interest rates. Your loan will cost you less in the long term if you lock in a lower interest rate.

When interest rates are low, you can invest the available cash your company earns in high-yield accounts. During an extended time of low-interest rates, you could also be able to refinance some of your outstanding loans, which would help to stabilize your overall debt. Regarding this, InCorp Indonesia provides accounting services that would help extend further details to help your business gain greater profits.

Both domestic and foreign enterprises are impacted by the revision of the benchmark interest rate that BI issues. The cost of financing for export and import businesses will likewise go down when the benchmark interest rate declines. Additionally, it is anticipated that a reduction in interest rates will channel foreign investments into the country. Aside from accounting services, InCorp Indonesia also assists with company registration for domestic and foreign enterprises.

During his time at Cekindo, Daris consistently supported the Bookkeeping and Tax Compliance divisions. Now, as Chief Operating Officer, Daris commits to improving the performance of all departments, overseeing team KPIs as well as maintaining clients and partnerships. Daris has more than 10 years of experience in accounting and finance. Previously, he was a Cost Accounting Coordinator at a manufacturing company, as well as Business Analyst & Controller at Cekindo.

Can Foreigners Enjoy Retirement in Vietnam?

Beware of Stagflation 2022: How To Take Care of Business