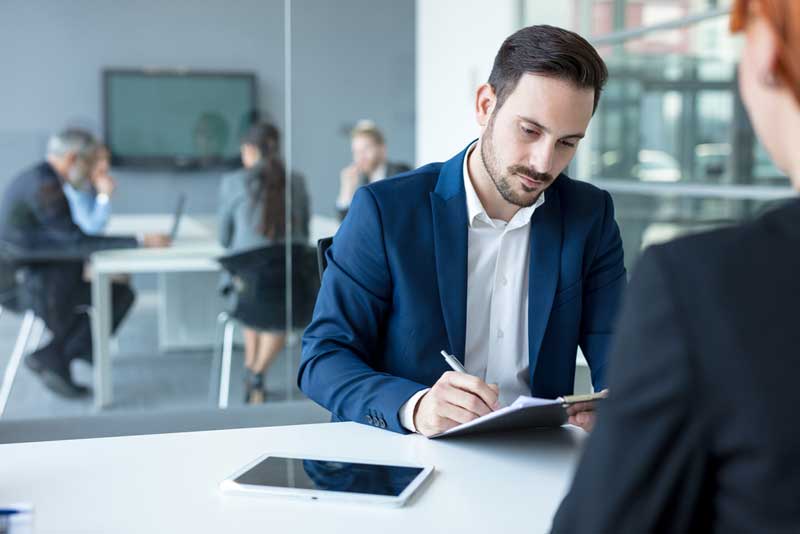 Recruitment in Indonesia: Understanding the Labor Situation and Recruitment Process

Recruitment in Indonesia to get human resources to support your business is a step that needs to be done after your company is established.

Not only rich of natural resources and potential markets, but Indonesia is also rich of labor forces. The problem is newly established foreign company in Indonesia, known as PT PMA, often has less knowledge and experiences to make use of the great labor potentials.

This article will help you to understand the labor situation in Indonesia and is finally able to hire local talents to work in the company.

Some of the greatest challenges in labor force in Indonesia are first, the unequal distribution of workforce since most of the talented and skillful workers are resided in big cities in Java, such as Jakarta, Surabaya, Semarang, and Bandung.

Second, because Human Development Index in Indonesia is relatively lower than other countries in the world as well as in Asian region (0.617), the quality of its labor force is considerably low. This challenge forces PT PMA to recruit the best quality workers among the abundant of human resources in Indonesia.

The Process of Recruitment in Indonesia 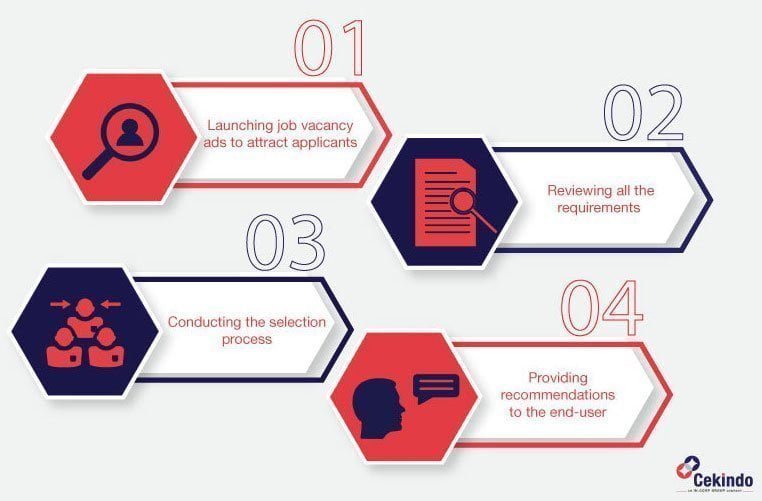 This is usually done through media campaigns. Placing the ads in several reputable national job sites. Such as jobindo.com, karir.com, jobstreet.com, jobsdb.com/Indonesia/, and bestjobsindonesia.com is a great start. However, for more credibility, job seekers usually recheck the job ads by visiting the company’s website. Therefore, placing the ad in the company’s website is highly advisable.

Reviewing all the requirements

The first thing to do before placing the ads openly to the public is to list down all the criteria needed for a specific position. Therefore, when there are so many application letters come in after the vacancy ads being placed publicly, the next daunting task will be to shortlist the candidates.

This is done through written and/or oral tests. The shortlisted candidates will usually follow several steps of interview or selection process to prove themselves. This phase is not only consuming a lot of time but also resources.

Providing recommendations to the end-user

Since the recruitment process is an overwhelming task for any company, many of them prefer to outsource the duty to the third party which has the credibility to do so. As a market entry consulting firm, Cekindo also provides this service for PT PMA. With years of experiences in this field plus wide-ranging of network it has to fully manage the recruitment and HR establishment for PT PMA, we will put our best efforts and resources to make sure that your company will have the best selections of candidates that will suit your company’s needs.

In addition, our special knowledge about Indonesia, Indonesian culture, working environments, workers’ characteristic, minimum regional base salary and other local resources make Cekindo stands out as one of the leading PT PMA consulting firms in Indonesia. It enables us to provide the best local manpower with world-class qualifications that will support your team. It means that you will be equipped with qualified workers who understand the local business systems and cultures but can play and compete well in the global setting.

In terms of hiring foreigners, Indonesia has strict regulations that should be followed. A PT PMA is not allowed to hire foreigners without obtaining a special permission letter from The Ministry of Labor and Immigration and other important documents signed by several government authorities under the Ministry.

Cekindo will assist you to get the required documents and legalization for both your company (that employs the expatriate) and the expatriate candidates, including:

Basically, there are 5 types of RPTKA which you foreign workers can obtain, such as:

It is a common RPTKA for expats. The holders of this RPTKA can extend the license after 5 years.

This will be issued for a maximum period of 6 months and cannot be extended. Usually, workers who need to come to Indonesia to do temporary jobs such as machinery installations of maintenances, trial product assistances, sales, or services.

This is a permit issued for emergency work situations, such as things that should be done, fixed, or addressed immediately in your company so that it will not potentially harm the existence of the company or the general public. This RPTKA can be issued for a maximum period of 1 month and cannot be extended.

There is no time restriction for this RPTKA.

This RPTKA is given to any expats who want to manage or organize amusement activities in Indonesia. There is no time restriction for this RPTKA.

Next, the RPTKA holders need to apply for TA01 (Approval Recommendation Visa) to be able to get Indonesia Work Permit (IMTA).

Every company that hires expatriates must have a written permission from the Minister of Manpower. IMTA is available for the maximum period of 1 year and can be extended as long as the RPTKA is still valid. Especially for higher positions such as company director(s) and also commissioner(s), the IMTA will be longer, which is maximally of 2 years.

There are at least 6 types of IMTA available in Indonesia, which basically follow the RPTKA that the expatriates hold.

This IMTA can be obtained for a maximum period of 1 year and can be extended.

Temporary IMTA is issued for maximally 6 months and cannot be extended.

It can be obtained with the maximum period of one month and cannot be extended.

The EEZ IMTA can be obtained with the duration of 1 year and can be extended.

It is given for 6 months only and cannot be extended.

This is for any expat who apply for permanent resident permit. The KITAP is given for maximally 1 year and can be extended afterward.

This is an overwhelming process if it is not done by an experienced agency who understands the legal and bureaucratic systems in Indonesia. Considering that there are so many forms to be filled and so many documents to be prepared. You need to be careful to conduct the whole process if you want to recruit legally. And this based on Indonesian Labor Law.

Latest Updates on Foreign Worker Recruitment and Employment in Indonesia

In accordance with Reg 20/2018 on Expatriate Placement Plan, there are several changes related to work permit application for expatriates looking to work in Indonesia.

IMTA is no longer required

Stated in PresReg 72/2014, companies employing foreign workers are required to obtain IMTA (work permit) from the Minister of Manpower in Indonesia.

Following the enforcement of the new regulation, IMTA is simplified as it is combined with RPTKA (Expatriate Placement Plan).

Stated in PresReg 72/2014, companies hiring foreign workers are required to have RPTKA approved by the Minister of Manpower, without exception.

Following the enforcement of the new regulation, RPTKA is required only for certain positions.

The following positions are no longer needed to apply for RPTKA:

Cekindo will give you more information and assistance related to the recruitment and hiring process in Indonesia. Feel free to contact us through the form below.