Outsourcing is used to refer to companies that provide labour for other companies. In the past, outsourcing was mainly used for jobs that were not directly related to the company’s main activities. For example, janitors and telephone operators/ call center. However, the benefits of outsourcing make its utilisation more extensive nowadays.

In practice, outsourcing can be interpreted as an effort to improve the efficiency of a company by utilising external resources to replace resources from within the company to complete certain tasks that have been considered inefficient.

Therefore, the term outsourcing is closely related to corporate restructuring, which is an effort to reform the company’s structure so that it can produce more effective and efficient performance, so that the company is able to achieve a competitive advantage in the business field that becomes its core business.

Before we dig deeper into the benefits of outsourcing to Indonesia, we will first take a look at foreign investment in Indonesia, particularly from two neighbouring countries Singapore and Hong Kong.

Foreign Investment in Indonesia: Singapore and Hong Kong in Particular

Based on the data from the Investment Coordinating Board (BKPM), the value of Singapore FDI from January to September 2018 amounted to USD 6.7 billion, a 10% growth compared to the previous year. In the period between January and September 2018, the total trade between the two countries was USD25.4 billion, 18.2% increase compared to the same period the previous year which only amounted to USD 21.5 billion.

The Investment Coordinating Board (BKPM) further stated that there were three priority sectors that would strengthen the cooperation between Indonesia and Singapore, namely the capital market, digital economy, and tourism and its supporting infrastructure.

Meanwhile, the investment value originating in Hong Kong from January to September 2018 reached USD 2 billion. As per the statistics from the end of 2017, investments from Hong Kong in Indonesia were ranked fourth in Indonesia after Singapore, Japan and China.

In addition, cooperation with Hong Kong in the investment sector is now considered more promising since the opening of the silk road trade (one belt one road). It is targeted that the Hong Kong and China investment figures can double up in the next seven years. 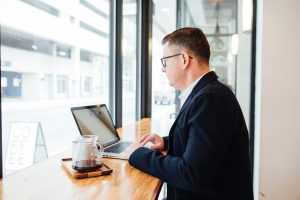 Indonesia sees rapid development in outsourcing services by foreign businesses from Singapore, Hong Kong as well as other countries across the globe, yet many still underestimate what is unwritten, especially new entrepreneurs who often do not realise the real meaning of local customs.

Setting up a company, looking for employees and unwillingness to lose key employees can be solved by using outsourcing services that offer benefits that include the following:

1. Allowing companies to focus on their core businesses
2. Outsourcing partner helps to hire qualified employees, provides suitable office space solutions (such as virtual office and coworking space or private office), handles ongoing HR administration and ensures tax compliance
3. Outsourcing in the right location with strong business partner brings significant cost savings, which enables the utilisation of company financial resources for further investment activities
4. Partnership is time-limited, so that companies may decide to outsource some long term robust process and agree on the contract for more years or may wish to run just a short term project for 6 months, for example.

Semarang is the Right Location for Business Outsourcing in Indonesia

In the period from January to mid-March, an investment of Rp 2.5 trillion entered the city of Semarang. This was revealed by the One Stop Integrated Service and Investment Service (DPMPTSP) of Semarang City Government. Central Java is believed to be the target of foreign investment because it has several advantages such as infrastructure, transportation, and labour wages that are quite competitive compared to workers in other regions. Business opportunities in Semarang are included in the ‘top list’ of the local government as well.

The main advantage of Semarang is its convenient position on Java Island, as it is located between the two most important domestic markets Jakarta and Surabaya (with an international sea port). In addition to the strategic location, Semarang is the center of industry and manufacturing with, as previously mentioned, the lower prices of land and friendly labour costs.

With all the advantages, Semarang fulfill all the criteria to be an ideal location to outsource your business process in Indonesia.

Outsource Your Business to Semarang, Indonesia with Cekindo

Cekindo is a part of In.Corp Group headquartered in Singapore, one of the largest Asian based corporate service providers. Together, we have incorporated more than 20,000 entities over the past decade and completed more than 12,000 compliance transactions per year.

If you have a plan to outsource the daily operations of your business to Indonesia, particularly Semarang, do not wait until the COVID-19 pandemic has receded. With our presence in both Singapore and Hong Kong, it is no longer necessary for you to fly to Indonesia to implement your business outsourcing strategy.

Get in touch by filling in the form below or visit us on-site in Singapore or Hong Kong. One of our expert consultants will guide you to understand the whole outsourcing procedure in Indonesia and take care of all the required paperwork and legal matters.

New Entrepreneurs in Bali, Start Right by Not Making These 5 Silly Mistakes

How to Tell if It is Time for HR Outsourcing when Doing Business in Indonesia?