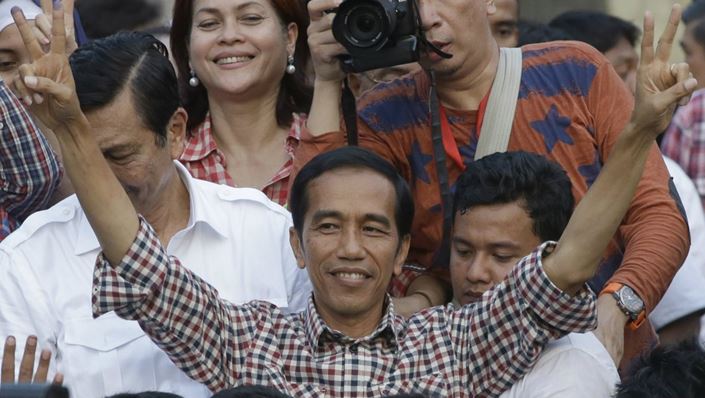 Investing in Indonesia: Some Changes Should be Known

Currently, Indonesia in ranks 114 out of 118 of ease doing business based on latest survey from World Bank. However, along with the new government, some business laws and regulations in various sectors have been changed to be tighter than before.

Cekindo helps you understand the critical points about investing in Indonesia.

After Jokowi was announced as the winner of Indonesia’s Presidential Election, there is an optimism of better climate to invest in Indonesia encouraged also through his speech in APEC CEO Summit to increase the ease of doing business in Indonesia.

Since April last year, there is a new Indonesian Negative Investment List, May 4, 2014 which limits foreign shareholding in several sectors but increase foreign shareholding in other several sectors also. This has already given rise to many questions from foreign companies. Indonesia’s legal system continues to pose obstacles for foreign investors in various fields of law. Changes occurred in labor, tax, corporate, compliance and litigation. This changes is only applied to the new investment approval effective from 24th April 2014. While a grandfather clause is being applied by the Investment Coordinating Board (BKPM), which means that licenses issued by the previous Negative list rules will continue to apply. The current negative list will apply to all future approvals or licenses. In case a foreign distributor company operates under a grandfather clause and wants to extend its selling capacity, it will be treated by BKPM on case-by-case basis.

Some business fields which are increasing open to foreign investor

Some other business fields which are conditionally open for investment

Some business fields which are now totally closed to foreign investment

The above limitation of ownership for foreign ownership will not be a matter as long as foreign investor appoints their local shareholder properly.

3. New Regulations under Ministry of Trade

Regarding the authority to issue trade business license, from December 2014 through Ministry of Trade Regulation No 96/M-DAG/PER/12/2014, Ministry of Trade has been delegated its authority to issue related trade business license to the Head Capital Investment Coordinating Board (BKPM). This licenses such as Business License for Foreign Representative Trading Company, Business License for Direct Selling, Approval to Organize an International Trade Exhibition, Convention or Seminar and General Importer Identification Number and Producer Importer Identification Number and Producer Importer Identification for investment companies.

Another new regulation from Ministry of Trade through Ministry of Trade Regulation No 90/M-DAG/PER/12/2014 on December 2014, regulate details of classification of warehouses, requirements for company which have warehouses to obtain Warehouse Registration certificate called Tanda Daftar Gudang (TDG) and obligation to report the warehouses administration records to Director General of Trade. This latest regulations will impose to both local and PMA wit business activities on export/import and distribution.

4. Mandatory Use of IDR in Transactions

From the end of March 2015, Bank Indonesia issued regulation about the obligation to use IDR in the territory of Indonesia through its regulation Number 17/3/PBI/2015. This regulation as the response due to usage of foreign currency in transaction downward continuation to the IDR exchange rate and it can be great affect to the IDR’s stability in the market. The mandatory of using IDR can be occurred in the specific conditions such as for payment purposes, for obligation that should be done using money and deposit money to bank account. However, some conditions are allowed for both local and foreign to use IDR e.g. for international transaction.

Under normal circumstances, the tax audit  should be conducted five years from the date of a tax return. Any discrepancy found within an audit will be charged the applicable penalties plus 2% interest penalty, per month. In the most recent development however, the director general of tax will reconsider an every lost appeal result. This reconsideration process creates huge uncertainty in the tax dispute resolution process in Indonesia, as the timing for a decision from the Supreme Court is vague.
Income tax decreased from 28 percent to 25 percent. Indonesia also has made several other tax facilities, namely the reduction of corporate income tax for listed companies to 20%, tax holidays, investment allowances and other reductions. In total there are 45 tax facilities available:

Rules and regulations, however, are not always in line. It is advisable to secure tax reduction for foreigner investors. Indonesia has the Double Tax Avoidance Agreement (DTA). A foreign company receiving specific income from an Indonesia resident company should carefully consider its structure and DTA position. A proven payroll processing company can help you successfully claim a DTA benefit.

6. Enforcements of claims in Indonesia

Signing agreements should be always be secured by following the law in case the agreement is not being fulfilled. There are 2 main arbitration clauses in use and the Civil Code gives parties the freedom to agree on one of them.

SIAC is considered for international arbitration awards. BANI is a national award and therefore it will be considered more by companies because SIAC is not automatically accepted in Indonesia and can therefore be time consuming. Lawyers should always handle these proceedings.

Since 2011, Intellectual property rights (IPR) have been in force in Indonesia through the BAM HKI (Arbitration and Mediation Board for Intellectual Property Rights) is. Before BAM HKI was established, IPR disputes could be settled through Commercial Court or BANI.

BAM HKI is authorized to receive, examine and decide disputes relating to:

Even though the current climate is very challenging, there are some positive trends and a more level playing field may be on the horizon. To deal with this some change in regulations which relate to investment in Indonesia, we are on your disposal to assist you provide the details information and consultancy for you to successfully penetrate Indonesian market amidst to tighter business regulations.