Do you have plans to pursue company registration in Indonesia, but you still don’t know how to register your company in Indonesia? Are you still confused about what type of legal entity is the most suitable for your business – AKA ‘KPPA vs PT vs PMA Indonesia’?

If so, this article will give you a business overview setup and a better understanding of the possible types of company registration in Indonesia.

Indonesia has several types of companies, which commonly confuses foreign investors when choosing the most suitable legal entity for their business activities. Each form of the company certainly has its respective advantages and disadvantages, and we have selected the three most common types of companies in Indonesia for this article.  We describe the differences between these forms below.

The advantages of the Indonesian PT are:

However, the Indonesian PT also has disadvantages, such as: 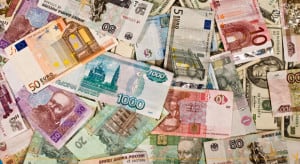 Foreigners who want to create or build a business in Indonesia tend to create a PT PMA. What is a PT PMA? PT PMA (Penanaman Modal Asing) or Foreign Investment Company, is the establishment of capital for the purpose of doing business in the Republic of Indonesia by a foreign investor, by using foreign capital fully or in part with a domestic investor. Before an investor decides to register a PT PMA in Indonesia, he has to investigate his exact business activities regarding the Positive Investment List, which notes foreign ownership limits in certain business classifications. It was issued by the Investment Coordination Board, also called  BKPM. The minimum investment plan is IDR 10 billion, which is allocated in Indonesia for land, building, work capital, etc. The minimum paid-up capital required is also IDR 10 billion, which shall be deposited after the company is established and the bank account is issued. After incorporation, the company is required to submit an Investment Activity Report and monthly tax reports, even if the company does not have any activities and owes no taxes.

As for the advantages of PT PMA in Indonesia:

However, a PT PMA in Indonesia also has disadvantages, such as: 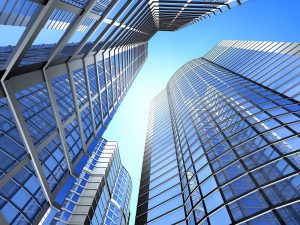 Another business entity is called KPPA or representative office of a foreign company. KPPA is an office established by a foreign company to take care of its business activities in Indonesia. This can include preparing to establish a foreign-owned company.

The activities a Representative Office can undertake in Indonesia are limited. These include:

1. Activities in its role as a supervisor, connector, coordinator, and caretaker of company interests or of its affiliate companies in Indonesia and/or outside of Indonesia. The representative office in Indonesia is not allowed to seek income or pursue sales transaction activity and purchases of goods and services.

2. Perform market research for items or products based on company requirements.
3. Sales monitoring in Indonesia for the company’s marketing activities.
4. The representative office must be located in the capital of the province and in an office building.

The Representative Office in Indonesia is usually the first step for a foreign company in building its business in Indonesia. It is commonly used as a feasibility assessment before establishing a PT/PMA. After the Representative Office shows that an examination of its products proves they are marketable and suitable for the Indonesian market, then the foreign companies can create a PT PMA or foreign capital investment limited liability company.

The comparison summary of 3 mentioned entities in our article:

Cekindo registers dozens of foreign-owned companies every month and our legal team is ready to assist you!

Feel free to contact us for a free quotation on pursuing Company Registration in Indonesia.

The Biggest Mergers and Acquisitions in Indonesia Throughout 2021

Things You Need to Know Before Moving to Bali

Institutions You Should Know When Doing Business in Indonesia